Amazon’s Echo offers a unique integration between voice recognition, personal assistant, home automation controls, and audio playback features for $179.99. Think of it as a competitor to Apple’s Siri and Google Now targeting the smart home (what’s a smart home?), rather than mobile devices.

While Siri offers smart home integration, its simplicity and user-friendliness is less than desirable; and Google Now just isn’t effective as a smart home hub. So does the Echo break into new ground or can you do better elsewhere?

The physical appearance of the Echo won’t turn heads, thanks to its Spartan design and clean lines. Within a modern household, the Echo’s minimalist styling slips into the background of any decor. It’s a simple black cylinder, about the same height and weight as two stacked cans of beans. For its size, the device’s heft borders on ponderous, although its weight gives the feel of quality and solid construction. It’s not clear whether the device itself uses a counterweight to prevent it from tipping over or there’s just some heavy internal component. It also comes with a superfluous remote control.

Sitting at the very top of the Echo rests a twistable volume ring and seven microphones. While users can adjust the Echo’s volume through voice or remote control, those preferring a manual method can simply rotate the ring. This provides a simple means of adjusting volume, if voice control fails. The microphone ring allows the Echo to pick up voice commands from a significant distance. Its reliable range extends out to around 15 feet. However, distances reduces accuracy. Commands shouted from another room will not get recognized.

The Echo also offers unparalleled room for growth. While I haven’t seen any tie-ins to Amazon’s line of smartphones and tablets, you can bet that the Echo will one day include greater integration with mobile devices. As it stands, the Echo does pair with Android devices via Bluetooth 4.0. Once tied into your mobile device and Amazon’s cloud products, the Echo functions as the centerpiece of the modern kitchen, bed-room, and living-room.

iFixit tore down the Echo, revealing internal components similar to a budget smartphone’s guts, mated to a woofer/tweeter assembly. The loudspeakers and ring of microphones employ technology proprietary to Amazon. Both the microphones and speaker assembly offer good quality audio capabilities, although don’t expect the rich bass and audio fidelity of a purpose-built loudspeaker.

Modern loudspeakers can consist of multiple internal speakers to capture a wider range of audio frequencies. The Echo’s use of both a woofer and tweeter captures low and high frequencies. This approach can result in superior audio quality, relative to a device which uses only a single loudspeaker.

The Echo requires a fixed power source and a persistent Internet connection. In terms of wattage, the power requirements fall on the low-side, considering it’s also a relatively high-powered (for its size) loudspeaker.

My only real aesthetic complaint is that the included power cable doesn’t offer braiding or fabric covering. Also, an ideal design would use a more common connector style, like microUSB (or the nascent USB Type-C technology).

Making Use of the Echo

The Echo performs a large number of functions. I used the Echo primarily as a podcast player, music box, and kitchen assistant — mainly because my apartment wraps around the living room and kitchen. Much of the Echo’s utility and value come from where the Echo sits inside of a living space. If placed in a kitchen, the Echo can zap out metric conversions or set timers. In a bedroom it can create alarms or adjust lighting. Activating the Echo simply requires vocalizing a command: “Alexa, convert a half liter into cups.”

The clarity, volume, and speed of the Echo’s response is impressive. The voice recognition accuracy is very good, although not quite on par with Google Now. However, users can train the Echo to better recognize their voice, particularly if they speak with a dialect or accent.

While Google Now and Siri offers similar features, they require manual activation. On top of that, users need to speak into the microphone. Amazon’s offering provides a more intuitive experience with easier configuration and deployment. In short, no consumer product on today’s market offers the eye-widening “wow” factor found in the Echo.

So how effective is the Echo at improving your life? I look at it this way: personal assistant apps are the future of home computing. Personal assistants can reduce the time wasted getting out a notepad, or skipping songs on a playlist. The Echo – if used properly – will save you time getting ready for work in the morning or while you make dinner at night.

Right now, the Amazon Echo focuses on the smart home and Internet of Things. Its promise for home automation is open-ended, so the various capabilities mentioned in this article should expand in quality and quantity over time. Right now, here’s some of its basic functions:

Using any of the features above requires memorizing a fairly simple activation phrase. Some of it is very intuitive. For example, if I want to play a particular genre of music, I’d say:

Streaming podcasts prove difficult because of voice recognition accuracy and the bizarre spelling of some podcast names. While it did recognize certain unusual words, like “the Vergecast” the Echo seemed to unable to play a lot of content because of unknown technical glitches. On the positive side, if you ask the Echo “what’s new” (or something similar), the device plays back a “flash-briefing” (or summary) of the day’s news, clipped from National Public Radio’s published podcasts.

Again, keep in mind that new features and content get announced almost weekly. While it’s still very much a beta project, what Amazon already has makes it a worthy addition to most modern households. Of particular use, though, will be to the elderly, many of whom would benefit from the assistive features of the Echo. The challenge for new users will be in learning how to use a voice activated personal assistant.

The Echo, despite its superficial similarity to HAL9000, probably won’t attempt domestic mut­­­­­­­­iny. At its best, the Echo sits in a kitchen, recording shopping list items or creating reminders and Google Calendar entries – entirely on demand. At its worst, it could go unused, while potentially creating marketing profiles based on overheard conversations. Amazon claims that the Echo does not passively listen in – it only activates word recognition when the audio system-on-a-chip overhears the activation keyword: “Alexa”. Users can also change the keyword to another word. However – again – Amazon may collaborate with the National Security Agency’s illegal domestic surveillance program. Whether or not you trust Amazon remains your own prerogative.

Also, there’s additional costs required in order to get the most out of the Echo. Users must purchase a large number of peripheral devices, such as smart bulbs, to make full use of it. Even so, the Echo remains the only inexpensive, voice-controlled hub for the smart home — in this capacity alone it warrants a purchase.

At present, the Echo integrates with a growing number of web-services. For example, as of June of 2015, the Echo includes the following capabilities:

It’s the very last integration that offers the most potential.

For tinkerers, the Echo’s If This Then That (IFTTT) integration is a killer feature. IFTTT offers a — frankly speaking — game-changing approach to combining web-services with home automation. At present, the majority of IFTTT recipes extend to webapps like Evernote, Todoist, and Twitter. But recent additions now allow users to locate their phone using the Echo. This opens the door up to eventual integration into your home (or smartphone’s) telecommunications system. Given its current course of development, it’s not unreasonable to assume that the Echo will eventually (if it hasn’t already) receive the ability to make phone calls.

The Future of the Amazon Echo

Amazon has announced that the voice recognition system powering the Echo will be available for free to device manufacturers to integrate into their own hardware projects, so we can expect to see similar personal assistant devices and software being developed soon. Until then, the Echo’s novelty and high quality make it by far the best voice recognition and home automation hub on today’s market.

Should You Buy an Echo?

So is the Echo worth getting? Anyone with a Prime account (not concerned about privacy) should consider buying an Echo. Amazon often fluctuates prices on its first-party products though: At various times in its early release cycle, the price for Prime-subscription-having early adopters fell between $99 and $150. If you get an Echo on sale, for that price, you’re getting a heck of a lot of value. For the full retail price of $179.99, it’s still a good deal, especially if you already own WeMo or Philips Hue products.

Buy it if you’re keen on home automation or just curious. You get a lot of bang for your buck in terms of quality, value, and functionality. 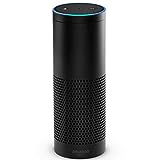