You like saving money, right? Good, because we have all kinds of deals that you can snag right here in this post. Whether you need a new PC, a new camera, or some Blu-Ray movies, we have you covered! Check out the deals below, and pick up some good stuff for cheap.

Amazon has a bunch of awesome deals happening right now on personal computers and accessories for them that you aren’t going to want to miss. There’s all kinds of stuff that you can find on sale right here. But to make it easier for you, here are some of the deals we think you really don’t want to miss. And all of the deals featured below come with Prime shipping, so you can get them sent fast and for free!

Do you have a laptop and a bunch of other stuff that you want to carry with you while traveling? Why not grab this high-end SwissGear backpack that would normally sell for $129 for just $49.99? It has all kinds of pockets for carrying all of your odds and ends, and it can fit laptops up to 17-inches, so you know that yours will fit with no problem.

Do you need a new laptop, but you don’t have a big budget? The 32GB Acer Aspire Switch 10 just might be the perfect option for you. It comes with an Intel Atom Z3735F 1.33 GHz Processor, 2GB DDR3 RAM, and 10-inch touchscreen. The keyboard detaches, so you can use it as a tablet when you want it to be ever more portable. And best of all, its 27% off the normal price, which is a deal you don’t want to miss.

Here is something you don’t see on sale too often, and that’s the Type Cover for the Surface 3. If you own one and need a backup, or are thinking about buying a new Surface Pro 3 and want to save a few bucks, grab this deal while it lasts!

MicroSD cards are always useful, where you need one for your Android device, or anything else, and here we have a huge 32GB one from Samsung for just $11.99. That’s 33% off! Pick this one up and get more storage on any device that supports microSDHC cards.

There are a ton of deals here, so make sure to check out the full selection and grab the other stuff that catches your eye!

Need a new camera? Looking for an SLR or a point-and-shoot? Well, don’t worry, we’ve got an awesome deal on each that you can pick up below until October 4. 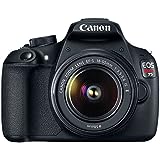 Is there a better way to take a photo than a DSLR? We don’t think so, and when it comes to DSLR cameras, Canon is one of the best brands out there. And it’s with that in mind that we’ve found a huge deal on the Canon Rebel T5 with a 18-55mm image stabilization lens. You’d normally have to spend $549.99 to take this camera home, but you can get it for just $399.99 until October 4! Don’t miss this one, because it’s a heck of a deal. 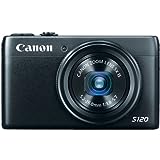 So, you want a camera you can fit right in your pocket, do you? Well, check out this Canon PowerShot S120 for just $349. It features a 12MP lens and built-in Wi-Fi for easy image sharing, even when on the go. It does everything you need a camera of this type to do, and it does it at a huge discount.

You like movies and TV shows, right? Well, go grab yourself some 1080p movies on Blu-Ray at a huge discount right now!