Silicon Valley wrestles with what to do about Peter Thiel 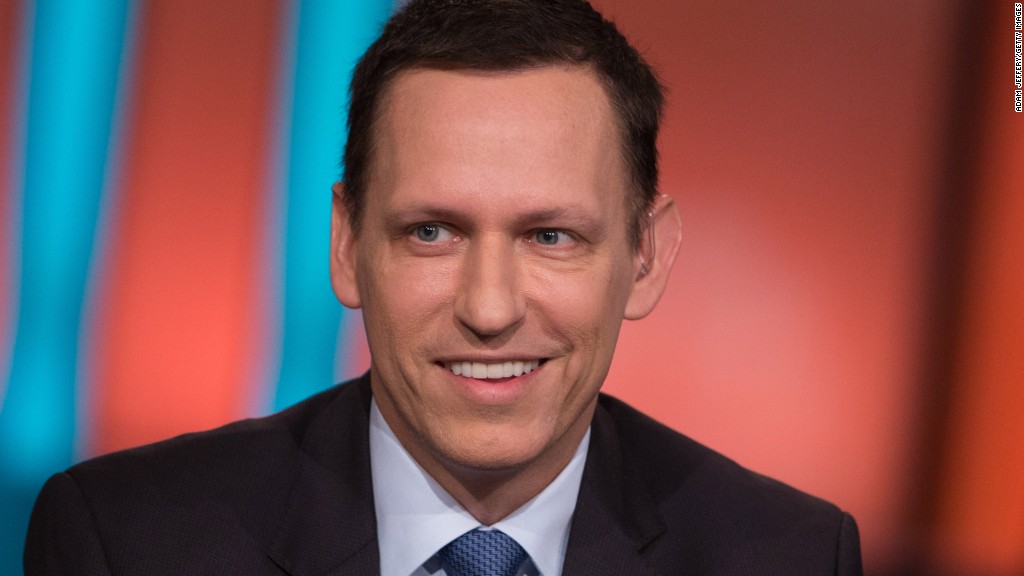 Over the weekend, news broke Thiel was donating $1.25 million to Donald Trump’s campaign. Thiel, who cofounded PayPal and Palantir, has been a vocal supporter of Trump. In July, he gave a speech at the Republication National Convention, but this is the first time that he’s directly funded Trump’s campaign.

Thiel, who was an early backer of tech firms like Facebook (FB, Tech30), LinkedIn (LNKD, Tech30) and Yelp (YELP), was also responsible for another controversial investment: He secretly financed the Hulk Hogan lawsuit that later killed media site Gawker.

The timing of the donation drew criticism from some in the tech industry, who quickly turned their attention to Y Combinator, where Thiel has been a part-time partner since March 2015.

The three-month accelerator program, based in Mountain View, California, has graduated companies like Airbnb, Dropbox, Reddit, Zenefits, and Twitch.tv. Part-time partners hold office hours where they make themselves available to founders who are part of the YC family.

“The lack of congruence with a registered Trump delegate in your YC inner circle is deafening,” tweeted David Heinemeier Hansson, partner at 37Signals and creator of Ruby on Rails.

Erica Baker, an engineer at Slack and team member at Project Include, tweeted “anyone who is supporting this man who is an existential threat to me and mine is not someone who cares about me.”

On Monday, Project Include, an organization aimed at increasing diversity in Silicon Valley, said it was cutting ties with Y Combinator because of its continued connection to Thiel.

“Thiel’s actions are in direct conflict with our values at Project Include,” read a post from Ellen Pao, who cofounded Project Include. “Giving more power to someone whose ascension and behavior strike fear into so many people is unacceptable. His attacks on black, Mexican, Asian, Muslim and Jewish people, on women, and on others are more than just political speech; fueled by hate and encouraging violence, they make each of us feel unsafe.”

But YC is stuck between a bit of a rock and a hard place, it seems.

Paul Graham, who cofounded the organization and ran it for nearly a decade, sussed out the difficulties in cutting professional ties with someone who has different political beliefs.

Graham said a part-time partner is like an employee.”Would you fire an employee who donated a lot of money to Trump and spoke at the convention?” he asked.

@dhh Would you fire an employee who donated a lot of money to Trump and spoke at the convention?

Graham, who stepped down as YC president in 2014, hasn’t been shy about his own political leanings.

A recent tweet referred to Trump as a troll. Still, Graham wrote: “How would you feel if companies run by Republicans did the same and fired employees who were big Hillary supporters?”

@dhh After all, they'd have the same moral certainty you do. But can't you see the dangerous place that road leads to?

Sam Altman, who took over from Graham, is of a similar mindset.

“Diversity of opinion is painful but critical to the health of a democratic society. We can’t start purging people for political support,” tweeted Altman, who has previously compared Trump to Hitler.

He called it a “dangerous path” to forge, adding that “YC is not going to fire someone…