What Is E-Ink? How It Works & Why Every Ebook Fan Needs It

E-readers like the Amazon Kindle can only do one thing, but they do it very well: they make the reading of digital books as easy on the eyes as the reading of paper books. They have screens that look just like paper, viewable from any angle, viewable even in direct sunlight, and battery life measured in weeks.

If you read ebooks and haven’t switched to E-Ink yet, then you’re seriously missing out.

How do these special screens work? What makes them so much better for reading? How do they manage such impressive battery times? And should you invest in one yourself? Here’s everything you need to know.

E-Ink is a display technology that aims to replicate the appearance of ink printed on paper. As such, the vast majority of these displays are only capable of displaying black and white. Yes, the technology for colored E-Ink has been available for years, but it hasn’t made a way into consumer electronics yet.

The very first device to use an E-Ink display was Sony’s Librie, an e-reader released only in Japan in 2004. It never had widespread adoption, due mainly to its expensive price tag and a file format with heavy DRM that made its ebooks expire in 30 days.

It wasn’t until Amazon released the Kindle in late 2007 that E-Ink really took off. Like the Librie, it had an 800 x 600 pixel display capable of showing four levels of grayscale. The contrast wasn’t amazing, but it allowed you to carry an entire library of digital books with you wherever you went, so it caught on.

The latest Kindles — the third-generation Paperwhite and the Voyage — now have high-resolution displays with individual pixels that are almost indistinguishable to the human eye (like Apple’s Retina Displays) and have 16 levels of grayscale, greatly increased contrast, and backlighting.

Of course, Kindles aren’t the only devices to use E-Ink displays. There have been plenty of competitors over the years, including Sony, Barnes and Noble, Kobo, and Bookeen. Even cellphones have used the technology in the past.

But at the end of the day, e-readers have always been — and will continue to be — E-Ink’s raison d’être, with the most popular option being the Kindle and its variants.

Before we continue, it’s important that we distinguish between E-Ink and E-Paper. The two may sound the same, but there are some nuances that you need to be aware of.

E-Paper is any type of display which emulates the appearance of paper, and there are a few different technologies that come under this umbrella. As a rule, E-Paper displays are reflective rather than emissive, which means that they rely on external light sources rather than emitting their own light (like LCD or OLED displays).

In other words, E-Ink is just one specific kind of E-Paper technology.

The Pebble smartwatch is arguably the most popular example of an E-Paper display that doesn’t use E-Ink. Instead, it uses an extremely low-power LCD display with a reflective layer that looks like paper. Other technologies include Mirasol and Electrowetting, but these have generally been relegated to niche usage.

How Does E-Ink Work?

In an E-Ink display, a clear fluid is used to suspend millions of tiny capsules filled with black and white pigment. The black pigment is negatively charged while the white pigment is positively charged, and the fluid layer is sandwiched between two electrode layers which are divided up into regions. Each region is one “pixel” in the display.

This whole process is called electrophoresis. Depending on how the electrode layers are charged, the ratio of pigment in each region changes, and that ratio is what products varying degrees of grayscale on the screen.

Conversely, when the bottom electrode creates a negative electric field, the negatively-charged black pigment is pushed to the surface of the capsule, thus obscuring the white pigment. This results in a black pixel on the display.

But when the bottom electrode creates both positive and negative electric fields, a mixture of black and white pigment is pushed to the surface of the capsule, resulting in a shade of gray that can be darker or lighter depending on how much white and black is on display for that pixel.

Unlike an LCD display, which requires constant power to keep the contents of the display on screen, E-Ink only requires power to change the polarity of electrodes on a per-region basis. This means that your e-reader only uses power when it turns pages, and that’s how an e-reader can last for up to one month on a single charge.

E-Ink devices can reduce power consumption even more by only changing the pixels that need to be changed per page turn. In other words, if a particular pixel stays black from one page to the next, nothing needs to be changed and no power needs to be expended.

However, over time, some pixels may become stuck and refuse to change even with a new polarity, and this results in an imprint of text which stays even after the page has been turned. This phenomenon is known as “ghosting” and is usually fixed by a full-page refresh. That’s why every so often the screen flashes completely black, then white, then back to the page.

What About Reading in the Dark?

E-Ink’s reflective nature makes it perfect for reading in bright light, but because it can’t emit any light by itself, it can’t be read in the dark. In earlier models, reading in the dark meant using a lamp or some other external light source, just as you would with a regular paper book.

Nowadays, upmarket e-readers have a built-in lighting feature which lets you to read in the dark. Lighting is also useful during the daytime when you need to adjust contrast.

Rather than using a backlight, most e-readers actually use LEDs mounted along the inner sides of the display that shine light across a thin layer of translucent plastic. This distributes the light evenly across the surface and makes the entire page legible.

Long story short, this means that you can read in the dark without straining your eyes as you would on a light-emitting screen like your smartphone or tablet.

Of course, extra energy is needed to power these built-in lights, so be aware that you will noticeably reduce the overall battery time of the device. Instead of four weeks per charge, you might get around two weeks per charge.

E-Ink is the technology that gives your e-reader its fantastic viewing angles, readability in bright sunlight, and incredible battery life. With added lighting built into the device, it even lets you read at night without ruining your eyes.

Thinking about purchasing your very first E-Ink device? The best one currently on the market is the Kindle Voyage with high-resolution display, built-in light, Wi-Fi, PagePress sensors, and the thinnest body yet. 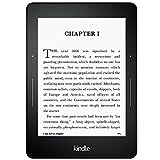 If you don’t want to spend that much, you can get the Kindle Paperwhite, which has the high-resolution display, built-in light, and Wi-Fi, but lacks the PagePress sensors and has a slightly bulkier body. 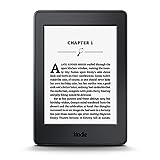 But if you’re really on a tight budget, you can’t go wrong with the basic Kindle. The only extra feature here is Wi-Fi, but that’s still enough if all you want to do is read ebooks with an E-Ink screen. 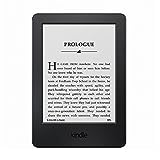 While you’ll never see it in a full multimedia tablet, it’s perfect for doing what it’s designed to do: let you carry a library around with you that reads like a paper book.

What are your thoughts on E-Ink? Can you think of any other uses for it? Let us know in the comments below!