What Is Power Over Ethernet (POE), and How Is It Useful to You?

Power over Ethernet, also known as POE, is a kind of technology that allows network cables to also carry electricity in order to power devices.

However, POE is able to combine the two connections into one ethernet cable – so that single network cable will transmit both data and 25W of electricity. Special cables aren’t required either, as ethernet cables from Category 5 to Category 7a are compatible.

How Does POE Work?

To begin, you’ll need a compatible recipient device (powered devices e.g. IP cameras), a POE switch or router and an ethernet cable. You could also use an existing non-POE router, but you’ll need an intermediary power injector to provide the necessary electricity to the powered device.

Many network cables are made up of eight wires, which are twisted together into four pairs. Two of those four pairs are called data pairs – their main function is sending information. The remaining two pairs are spare pairs and not typically used. However, there are cables that use all four pairs, like Gigabit Ethernet.

Only two are usually needed because electricity flows through wires in a loop. Each twisted wire pair in the cable acts as a conductor, with a minimum of two conductors being needed to carry the current.

What Are The Benefits of POE?

For one, flexibility. Power over Ethernet makes it much easier to connect certain devices to both electricity and the Internet without the need for an electrician and miles of cabling. Powered devices like wireless access points — e.g. this EnGenius Wireless Adapter Point from Amazon — can be installed pretty much anywhere, for example, in the ceiling where an electrical outlet likely isn’t within reach. Outdoor security cameras can be powered without having to go through the trouble of using an external electrical outlet, if even available.

POE connections are also very easily maintained, especially when the powered devices can be remotely restarted at any time. Because the connection is over an ethernet cable, the powered device can also be relocated much more easily. POE also makes larger projects easier to get set up and running; for example, when working to make your home smarter, the installation will not only much cheaper, but also much less complicated.

However, it is important to note that Power over Ethernet has not yet been perfected. These powered devices are typically small electronics that don’t require a lot of electricity. It is likely that it will be a while yet before more powerful devices will be able to be sustained by POE. Nevertheless, it remains an excellent choice to anyone with a need and compatible devices.

How Can I Upgrade To POE?

Upgrading your connections to Power over Ethernet really isn’t too complicated. All that is required is the proper cabling, and everything else listed in the section above. 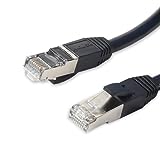 Many tech enthusiasts also are taking to making their own adapters for POE, and instructions and tutorials can be found on websites like Instructables.com.

Is POE Worth It?

Upgrading to Power over Ethernet isn’t incredibly expensive, nor is it more complicated than what the average tech enthusiast can handle. Smaller devices are really all that are compatible with POE at the moment, however it’s likely that the technology will be further developed and expanded upon in the future, especially as the Internet of Things continues to grow.

For now, if you have a need that POE can resolve, the upgrade will be worth it.